Nationalist myths and the modern media 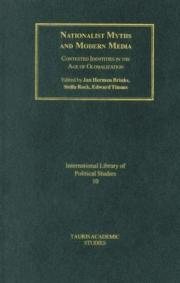 Nationalist Myths and the Modern Media: Contested Identities in the Age of Globalisation

Does patriotic pride inevitably develop into nationalistic aggression? Is this exacerbated by the global outreach of the media? And what is the relationship between mainstream politics and increasingly vocal far-right groups in Britain and the United States, Germany and Russia?

Nationalist Myths and the Modern Media addresses these questions from a variety of angles, exploring topics ranging from the War on Terror to Holocaust denial, from the "sanctity" of Rasputin to the "martyrdom" of Rudolf Hess.